END_OF_DOCUMENT_TOKEN_TO_BE_REPLACED

Why is a smaller number of virtual CPUs better? 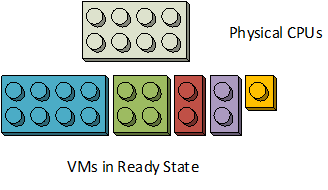 Note: This article is designed to serve as a high level introduction to the topic and as such uses a very basic explanation. Papers for those that wish to dive into more technical details of the topic are available elsewhere.

END_OF_DOCUMENT_TOKEN_TO_BE_REPLACED

The sudo utility allows users root level access to some (or all) subsystems without requiring users to know the root password. Please look at documentation for the sudo utility for more information.

From Asigra restore dialog, choose files to be restored

Enter username and password for user configured in /etc/sudoers file

Enter "root" and same password as in previous step

END_OF_DOCUMENT_TOKEN_TO_BE_REPLACED

How to understand backup operations using the DS-Client logs

For Lewan Managed Data Protection customers wanting additional information beyond what is available in the daily or weekly reports, the Asigra software provides the ability to look at the DS-Client activity logs. This post assumes that the user has installed or been given access to the DS-User interface and is able to connect to their DS-Client server.
A previous blog post (http://blog.lewan.com/2012/03/29/asigra-ds-user-installation-and-log-file-viewing/) addressed the installation of the DS-User along with some basics on the activity logs. This post will provide additional detail regarding the data provided by the activity logs.

From the menus select "Logs" and open the "Activity Log"

Set the parameters for logs desired

By default the system will display all logs for the current and previous days. For this exercise only backup activity will be required. The date and time range as well as specific nodes (backup clients) or backup sets can also be selected.
Once all options have been set, click the "Find" button to locate the specified logs.

For each set backed up, the start time, end time and total duration of the backup job can be observed. Each column can be sorted to assist in viewing.

The column labeled "Online" indicates to total size of changed files for the backup. That is the total amount of space used by all files which had any chage since the last backup session. For example a server with a 30 GB database which has daily updates and 4 new 1 MB documents would show 32,216,449,024 (30 GB + 4 MB). This is the amoutn of data copied from the backup client to the DS-Client.

Data Transmitted to the cloud

The column labeled "Transmitted..." shows the actual amount of data changed and copied to the cloud based device. This is the amount of data contained in changed blocks from all of the changed files, after compression and encryption. If, in the example above, the database file only had 1 MB of changes the Transmitted column would contain a number similar to 5,242,880 (roughly 5 MB).

In some cases a backup set will show a status of "Completed with Errors" or "Completed with Warnings". In most cases the errors and warnings are inconsequential but should usually be looked at.
Select the line containing the backup set in question and click on the "Event Log" button

Each event in the backup session is listed in the log. Errors are flagged with a red 'X' and warnings with a yellow '!'. Selecting the event will show the detail. In the example shown above a file is stored for which the backup user does not have permission to read the file. Other common errors are due to a file being used by another process and a file which has been moved or deleted between the initial scan of the file system and the attempt to access it for backup.
In some cases there will be a large number of errors "The network name cannot be found." These usually indicate that there is a problem with the network connection between the DS-Client and the backup target but could be caused by a reboot of the backup target or other connectivity issues.

For our Managed Data Protection customers, the Lewan Operations team checks backup sets for errors on a daily basis and will correct any critical issues.

The activity log can also be saved to a file (text or Excel spreadsheet) for additional analysis. Right-click anywhere in the activity log and select "Save As". Used the resulting dialog to configure the location and file type.

END_OF_DOCUMENT_TOKEN_TO_BE_REPLACED 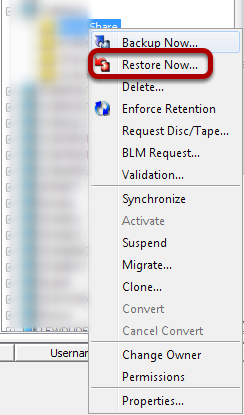 Self service recovery of one or more files from Asigra file system backup.

In the DS-User Interface, Open restore dialog for backup set

For restore of most recent backup of a directory, browse to specific folder and select that folder.
For other options select Show Files or Advanced

Selection of an individual file

Selection of a backup session for selective data option

Note that not all data will be included in any backup session. The "From" date may need to be moved in order to pick up files which had not changed at the time of a particular session.

The server, destination share and path may all be changed.
Note that by default the entire directory structure is restored below the destination. The full path is noted in the bottom pane. The path can be truncated (from the top directory shown in red) by incrementing the counter on the right.

Normally these are left at the default.

Select the parameters to locate the specific restore job

Select the restore job and open the detailed log

Right-Click on the log entries and select "Save As..."

Select a directory location and appropriate name for the log file

END_OF_DOCUMENT_TOKEN_TO_BE_REPLACED

A new feature introduced in NetBackup 7.1 can cause NDMP backup failures. The Append-Only Mode described in this Symantec Tech Note causes the drive to prevent the overwrite of data on a cartridge unless the writing application performs a pre-authorization for the overwrite. This feature is supported on IBM LTO-5 drives with LTO-4 or LTO-5 media. The feature is enabled by default and does not normally cause any issues if all systems accessing the tape device are NetBackup 7.1 Media Servers.

END_OF_DOCUMENT_TOKEN_TO_BE_REPLACED 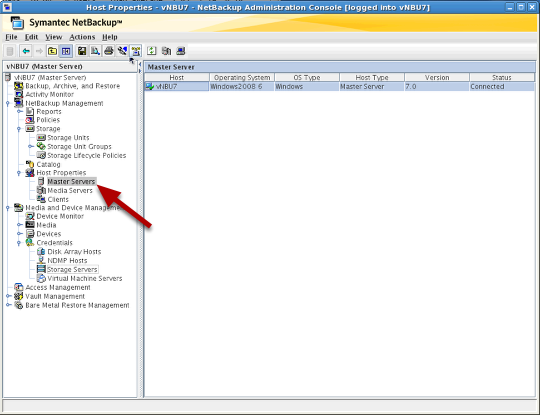 The parameters shown are not the default but reflect a configuration that seems to be optimal for test environment. Your mileage may vary.
These specific parameters have been changed from the default
Client Name Selection determines how Virtual Machines are identified to Netbackup. VM Display name option matches the VM name as identified in vCenter
Transfer type determines how VM data is transfered to Netbackup host. The san option uses Fibre Channel or iSCSI SAN (Note:, LUNs containing VMWare Data Stored must be presented to Netbackup host). The nbd option resorts to a network copy, should the san option fail.
Existing snapshot handling, when set to Remove NBU, will remove stray NetBackup snapshots from VMs if encountered but ignore all other snapshots.

If options need to be changed ('cuz mine didn't work in your environment ;) ) , change on the policy's attributes window

END_OF_DOCUMENT_TOKEN_TO_BE_REPLACED

Why is my backup running slow?

Backup systems, while a necessary part of any well managed IT system, are often a large source of headaches for IT staff. One of the biggest issues with any back system is poor performance. It is often assumed that performance is related to the efficiency of the backup software or the performance capabilities of backup hardware. There are, however, many places within the entire backup infrastructure that could create a bottleneck.
Weekly and nightly backups tend to place a much higher load on systems than normal daily activities. For example a standard file server may access around 5% of its files during the course of a day but a full backup reads every file on the system. Backups put strain on all components of a system from the storage through the internal buses to the network. A weakness in any component along the path can cause performance problems. Starting with the backup client itself, let’s look at some of the issues which could impact backup performance.